From Kamplin Square step inside the Frankopan Castle, built between the 12th and 15th century. This castle was a residence to the nobel Frankopan family, a family that had a huge impact on Croatian history and the origins of the island of Krk. Frankopan castle has very well preserved castle walls and three towers that were used for the defense of the local people.

In the Frankopan castle, you can see the Liburni Cippuses – a specific form of a tombstone which appeared in the area of Liburnia in the 3rd century A.D. To learn more about the history of this castle and the history of the city of Krk, why not join some of the organized tours inside the castle. 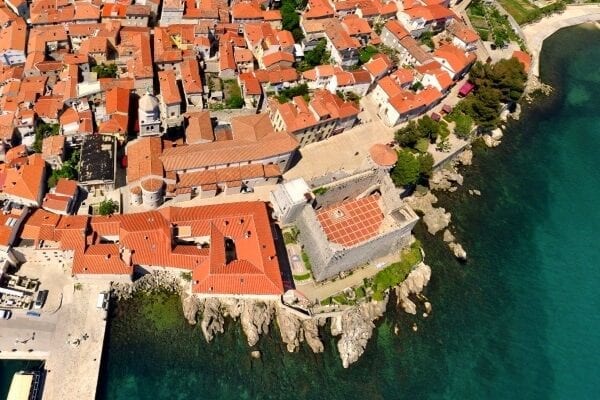 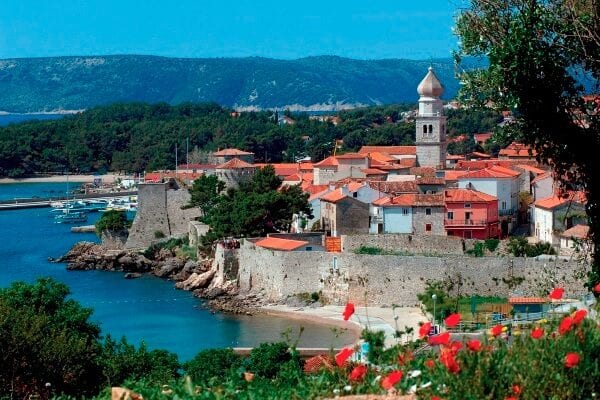 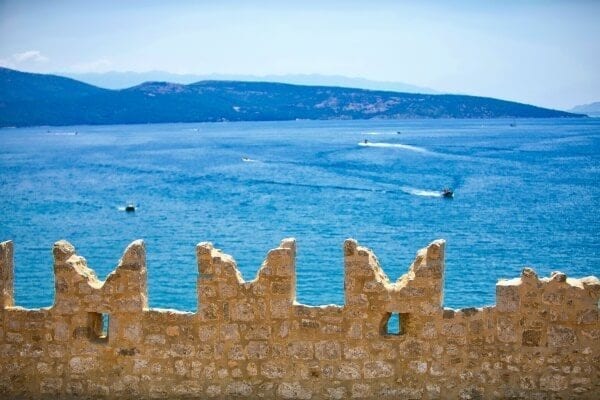 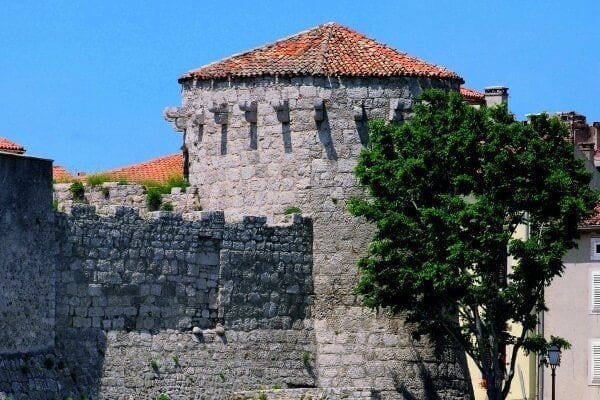 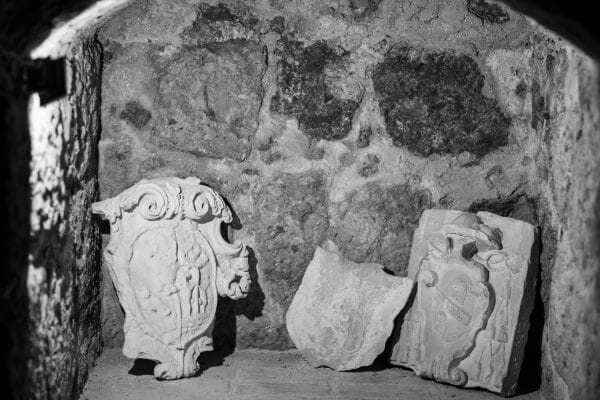 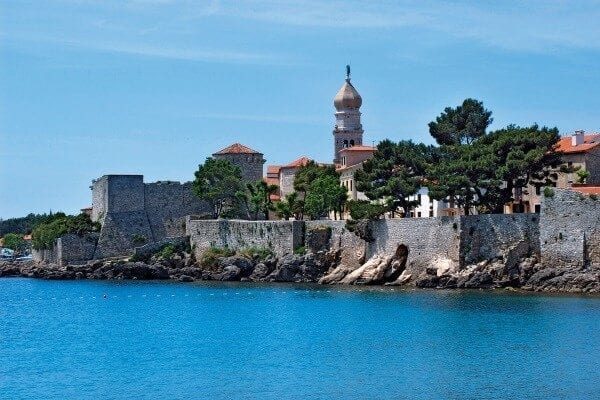 Town Council Hall is located at the entrance to the Old Town Center. This rock tower structure was built in the 15th century by the local people without paid wages.

The tower wall has a carved emblem of duke Augustin Barbaring. On the walls of this tower is a popular clock with 24 fields. 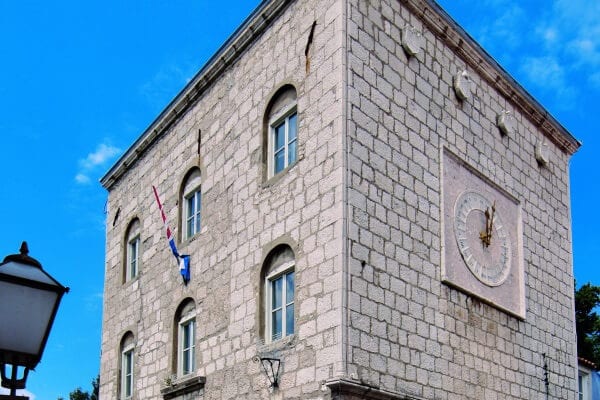 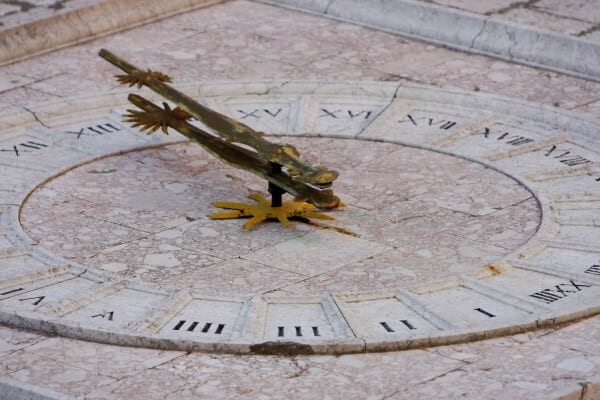 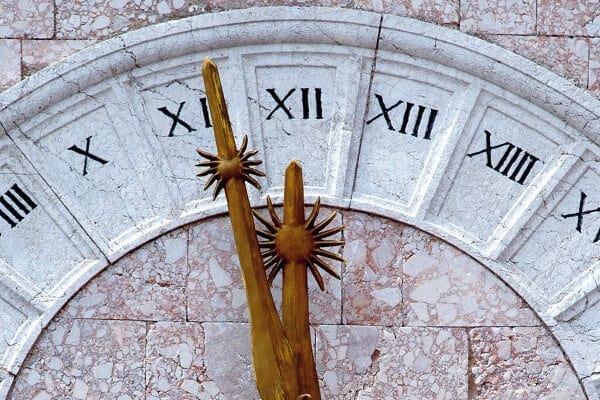 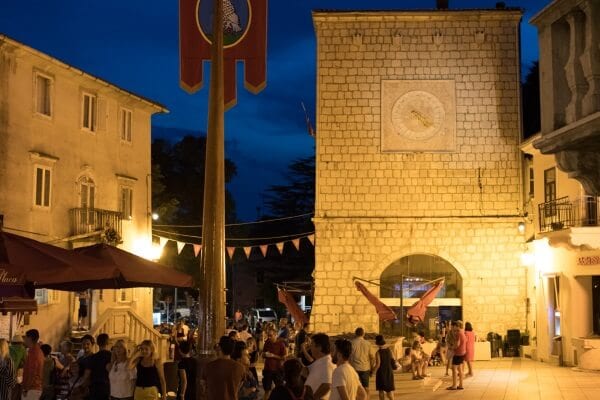 Rook on the Shoreline

As a part of the city fortification, in the year 1470, prince Nikola Frankopan ordered the construction of the high hexagonal tower at the south-western part of the city Krk. This tower is known today as the rook on the shoreline.

The west surface of the wall tower has an engraved Roman tombstone with the Frankopan family emblem and the figures of the married couple with an ancient stella above it. 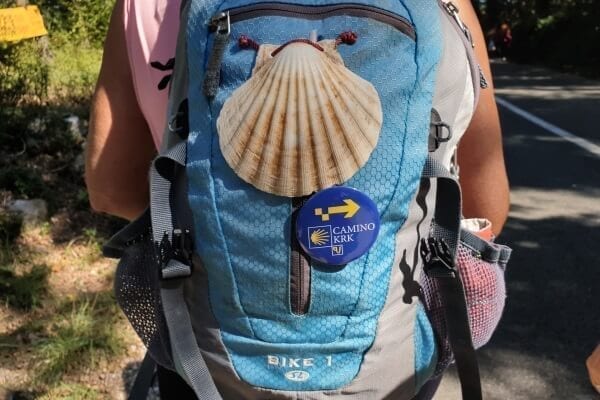 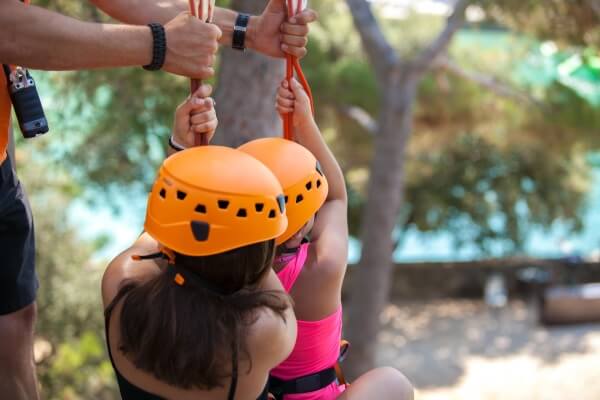 1
1+
We use cookies to ensure you the best experience on our website. If you continue to use this site we assume that you are OK with it.OKPrivacy policy